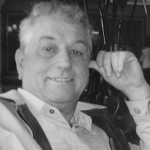 Now that Cheltenham is over, it’s time to start thinking about the upcoming UK flat racing season. Seymour Biz picks out his top 10 UK flat horses to follow in 2018. Follow along over the course of this year to see if his best-rated racehorses perform to their potential.

AFAAK. 4yo b.c. He is a rangy sort who won twice last year, the only time he didn’t make the frame was in the Britannia Stakes at Royal Ascot. He will do well in the big handicaps at around a mile to ten furlongs,, his run in the Silver Cambridgeshire at Newmarket in September was particularly one to be noticed when he ran Addeybb a very close second, Addeybb came out on Saturday and won the Lincoln and I fully expect this horse to take a valuable handicap during the coming year.

CLEMMIE. 3yo b.f. I make no excuse for putting Clemmie in my ten to follow when she is so easy to pick. She is Aiden O’Brien’s top filly and is the leading contender for the 1000 Guineas. She finished last year winning the Cheveley Park Stakes after winning twice in in July, it took her a while to get going after failing to win at Royal Ascot but she has come back from that defeat to show herself the star filly in O’Brien’s yard.

CRYSTAL OCEAN. 4yo b.c. Michael Stoute’s star middle-distance performer was runner-up in the St Leger to Capri after winning the Gordon Stakes at Goodwood. Those were a couple of tremendous runs after his defeats in the King Edward VII Stakes and the Dante, he will make further strides as a four-year-old as he has improved with experience and will be able to take Group 1’s at a mile and a half.

EMMAUS. 4yo b.c. Trained by the very much in form Roger Varian, he cost €580,000 as a yearling and was very lightly raced as a two-year-old, then there must have been some sort of a problem as he only raced once last year and that was in October. That race was at Leicester where he had won as a juvenile, he found himself in trouble during the race but overcame that and beat the favourite Sir Dancelot on the line. He looks the type to take a big handicap this season and if staying fit could even go on to bigger and better things.

GILGAMESH. 4yo b.g. This handicapper was a triple winner last year, after winning once as a juvenile. His wins came at Wolverhampton twice and Redcar, he was fourth in his final race at Chelmsford when he was probably over the top and didn’t race with the pace. He is a big horse who should now be able to move up to a mile and his trainer, George Scott, has him aimed at the Victoria Cup. A solid handicap winning horse who will go on to better things as he makes further improvement during the season.

GUSTAV KLIMT. 3yo b.c. This horse is another of Aiden O’Brien’s stars, another Galileo colt, he won his second race at The Curragh and then went on from that to win the Superlative Stakes over the July course at Newmarket. Once he got the running rail he went on take the contest in the last fifty yards after running a bit greenly. He will have learnt from that and is very high in the market for the 1000 Guineas but I think he can take on the extra half mile making him a big contender for the Derby and other major contests up to twelve furlongs during the coming season.

HIGHGARDEN. 3yo b.f. This filly in John Gosden’s care won well in October at Newbury, she was well backed that day, showing someone knew something about her. She is reported to have wintered well and is entered for the Oaks and may come out prior to that race in one of the trials prior to the big race itself. She looked a strong horse on her debut and could go on this season to take other fillies races including at Royal Ascot.

ROARING LION. 3yo gr.c. Easy to put John Gosden’s superstar in this list. He won three races last year including the Royal Lodge Stakes at Newmarket before facing the now favourite for both the 2000 Guineas and the Derby, Saxon Warrior. Roaring Lion does have a tendency to lean left in his running, he had done that previously, however in the Racing Post Trophy at Doncaster when he overtook the Derby favourite, it proved his undoing with Saxon Warrior able to regain the lead with the aid of the running rail. I am certain Gosden will have worked on his left leaning trait and that will make him a prominent contender for the 2000 Guineas, and looking at his bloodline he should easily stay ten furlongs.

VERACIOUS. 3yo b.f. This Frankel filly trained by Sir Michael Stoute did not see a racecourse until September running third to Magnolia Springs, a very good horse, she then went to Newmarket winning a fillies maiden easily. That win is already working out with one of those behind her that day, Winter Lightning, going on to win at Medan. She is sure to progress and is likely to move up in distance and go for a Guineas trial, her breeding is impeccable and she could be anything.

WEEKENDER. 4yo b.c. Another Frankel prodigy he flopped as a two-year-old when beaten at Haydock when even-money favorite, but as a three-year-old became a different proposition. He came out to win at Chelmsford, lost again at Haydock, to then go and win at Newmarket. His final two races of the year brought two-second places one of which was a demotion after hampering Raheen House in the Noel Murless Stakes, a Listed race. He will make a good class staying handicapper and could even go on to win pattern races this year.

Let’s hope by following these exceptional flat horses over the course of the 2018 flat season in the UK, we can see some true superstar performances as well as pad the betting bank!

Contact Seymour Biz, with your own thoughts, tips, and questions, at the following address: ahroberts99@yahoo.com

Nap Of The Day