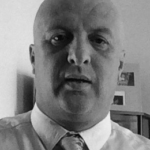 First game back after the International Break sees Crystal Palace take on Liverpool live on Sky Sports. Palace are 2 points above the relegation places and will want to use this home game to try and move closer to safety. It all depends on team selection and whether Wilfried Zaha is fit enough to start. The Eagles are a better side when Wilfried plays and he will be playing his football elsewhere next season. This game finished 1-0 to Liverpool at Anfield back in August, with a solitary Sadio Mane goal. The Reds lie 3rd in the Premier League and should stay in the Champions League places now. Like most teams, they aren’t as good away from home, but with the Fab 3 in fine form will put Palace to the sword. Mo Salah scored for Egypt against Portugal, Roberto Firmino came on as a Substitute for Brazil and Sadio Mane played for Senegal. If they come back fresh and fit, Liverpool should be too strong for Palace.

Brighton have performed brilliantly in their first season in the Premier League and a couple of wins should see them safe. They are 6 points behind Leicester and have won their last 3 home games including a 2-1 win against Arsenal last time out. This reverse fixture back in August was Brighton’s second game of the season and they lost that game 2-0 but have improved massively. Glenn Murray has scored 11 goals so far which is an excellent return and along with Pascal Gross’s contribution of 5 goals is the reason they are close to safety. Leicester are safe now on 40 points and have not lost in 3. They hammered West Brom 4-1 last time out with one of the goals of the season from Jamie Vardy. The kid from Sheffield has scored 14 times this season which is a brilliant return and if he stays fit should be on the plane to Russia in June. With home advantage, Brighton can claim victory.

A rare 3.00 pm Saturday afternoon kickoff for Manchester United at Old Trafford. Hopefully, the home fans will be in fine voice for Jose. He says there is a lack of atmosphere at home, maybe it’s because his football is now outdated. Granted they are 2nd in the table, but with the money they have spent and the players they have, they should be sweeping teams aside. The loyal Manchester fans must think they have signed Paul Pogba’s and Alexis Sanchez’s brothers as they are a shadow of the players they were. Pogba concentrates more on his hair and Instagram than on honing his football skills. A guy of his size, stature, speed and strength should be running games but he just walks about. Sanchez is simply not the player he was at Arsenal. He was the Gooners best player. For United, he has simply not performed. United’s best player Marcus Rashford should be the first name on Jose’s team sheet yet he’s in and out. Pogba, Martial, Rashford, Lukaku, Sanchez and Lingard running at a defence would rival City and Liverpool but Jose can’t see this. Maybe with Paris Saint Germain looking for a new manager at the end of the season, Jose could move on? This was an easy 4-0 win for Manchester back at the Liberty in August. Swansea are slowly moving away from the drop zone and played out a 0-0 draw last time. The performances of Alfie Mawson, once of Barnsley FC, have helped the Swans improve and earned him an England call-up. He is a smashing young player and a good human being and will want to try and force his way into Gareth Southgate’s World Cup squad as well as cementing Swansea’s Premier League status. If the Old Trafford faithful have found their singing voices and Jose picks Rashford, the Red Devils should be too strong.

Only 1 point separates these 2 teams fighting for survival and Newcastle have a decent home record of late. They have not lost in 5 now at St James Park including a brilliant 1-0 win against Manchester United. Jonjo Shelvey is the main midfield maestro and if he stays fit and free from suspension will help keep the toon army in the Premier League for next season. Huddersfield won this reverse fixture at the John Smiths Stadium by a single Aaron Mooy goal. Mooy should be in Russia this June if selected by Australia. They are a point behind Newcastle and just 3 points above the relegation places but have not won in a while so will want to try and gain all 3 points to overtake Newcastle. However, with home advantage, the Magpies should be too strong.

Both these teams have virtually identical records, both on 36 points with Bournemouth having the slightly better goal difference of -12 against Watford’s -16. Both look pretty safe now so it should be time to put on a show for the fans. Watford lost heavily last time out away to Liverpool, no disgrace there, most teams lose at Anfield. The mercurial Troy Deeney is key to the hornets and in front of his loyal fans will want to find the net. Bournemouth lost against Watford at the Vitality back in August with a goal from Richarlison who was later replaced by Etienne Capoue, Capoue then scored the 2nd in a 2-0 win. There will be goals.

West Brom are gearing up for life in the Championship as they will be relegated. It was pointed out weeks ago that Alan Pardew was not the right man for the Managers job after the sacking of Tony Pulis. These managers, Pardew, Moyes, Big Sam, Pulis, Hughes, they go round and round but have no real effect on a situation. Most of them claim they have never got a team relegated. The reason for this is they come in, steady the ship, then the following season are unable to push on so they are sacked before the team gets relegated. Tony Pulis will claim he has never been relegated. Well, he was the manager of West Brom who will be relegated, yet it will be Pardew’s mess. None of the top clubs take a chance on Sean Dyche who works miracles at Turf Moor. Burnley are safe in 7th position and are 5 points off Arsenal who are in the final European qualifying position. The Clarets will go all out to catch the Gooners for a chance to play in Europe. West Brom have only won 3 games all season, 1 of them was this reverse fixture at Turf Moor back in August. Hal Robson-Kanu had a mixed day. He was initially a substitute, he came on in the 63rd minute, scored the only goal in the 71st minute and was sent off in the 83rd minute, an eventful 20 minutes for Hal. This will be a tight game with not many goals.

This is definitely the proverbial 6 pointer. West Ham are 4th from bottom of the league on 30 points and Southampton are 3rd bottom on 28 points so this really is a crunch gzme. The Irons are quickly back at the London Stadium after the loss against Burnley a fortnight ago. There were disturbing scenes from the home fans who are unhappy with the owners and took their anger out with a pitch invasion. If they lose this one, who knows what might happen. Back in August the Saints beat West Ham 3-2 when the Hammers were under the guidance of Slaven Bilic. The significant stat from that game was Marco Arnautovic was sent off after only 33 minutes of play. The Saints have a new manager in Mark Hughes who has been brought in to try and save them from relegation. A win here will go along way in that fight. Another tight affair.

The early Saturday evening Kick off live on BT Sports sees 1 of only 4 teams not to lose against High Flying City. The game back in August at the Etihad saw a Wayne Rooney goal give Everton the lead. Kyle Walker was sent off just before halftime so Man City played all of the 2nd half with 10 men. A Raheem Sterling equaliser gave City a share of the points and they then went on an 18 game winning streak. Both teams won their last game before the International break with the same scoreline of 2-0. However, Wayne Rooney did miss a late penalty against Brighton. Cenk Tosun scored his 4th goal for the Toffees since arriving in January. They have 40 points now and Big Sam has done his yearly job of getting teams, who appear doomed, to safety. For City, David Silva scored both in their 2-0 win away at Stoke. The Citizens have had a lot of players away on International Duty, so it does depend on how fit they return. Man City with 11 men will be too strong this time and will want another 3 points to enable them to be 1 game away from taking the title. Which is significant really as that 1 game is at Old Trafford against Manchester United.

April Fools Day and Easter Sunday all in one. Let’s hope the kids don’t get promised loads of Chocolate only to be told ”April Fooled”. The first of the Sunday games live on Sky Sports sees Arsenal back at the Emirates against relegation-threatened Stoke. Arsenal beat Watford 3-0 last time out and will want to cement their 6th place position. They are 8 points behind 5th placed Chelsea and are very unlikely to make the Top 4 for the 2nd year in succession after years of automatically qualifying for the Champions League. The slight glimmer of hope for the loyal Gooners is that they are in the quarterfinals of the Europa League and can do what Manchester United did last season, win the Europa League and qualify for the Champions League that way. Stoke haven’t won a game in 7 and are struggling. Their style of play has improved under Paul Lambert but there results haven’t. How ironic would it be if both Stoke and Southampton are relegated, both managed by Mark Hughes. It says something when Paul Lambert has to start Peter Crouch. Crouch is a legend and a really good guy, but even he must think things are bad if they have to rely on a 37-year-old to get them out of trouble. The Potters need a win here and beat Arsenal in the reverse fixture with a solitary Jese goal, but will find it much tougher away from the bet365 stadium.

What an egg-squisite cracker of a game to round off the weekend and round off Easter Sunday live on Sky Sports. Chelsea are 5 points behind Tottenham and are unlikely to play Champions League football next season which will see the departure of Antonio Conte. Conte appears to be at odds with the board over the players he needs and whoever has signed this years squad is ultimately responsible for the 5th place position at the moment. Remember, Chelsea are the current Premier League title, holders. The Blues got back to winning ways last time out after 2 straight losses. They beat Tottenham at Wembley back in August 2-1. The surprise in that scoreline is Left-back Marcos Alonso got both Chelsea goals. Tottenham won’t want to lose this one, it’s just whether they are good enough to get the goals without injured Harry Kane. Son Heung-Min has stepped up and scored 4 goals in the last 2 games. They are unbeaten in 12, a few draws in those games but the only team to beat them in the last 16 Premier League games are Man City, so no disgrace there. Get the dinner out of the way, crack open a chocolate egg and sit down and enjoy.

Contact John Newsome, with your own predictions, requests and feedback, at this address: jbjohn39@hotmail.co.uk

Nap Of The Day