Before proceeding to read our full MansionBet review, we want to inform you that this review was performed by our regular Saturday horse racing tips feature columnist, Seymour Biz.

We provided Seymour Biz with a small betting bankroll to fully test Mansion Bet's sportsbook offering. All views are his own and he covers 10 key areas of the Mansion Bet platform and also keeping a diary of his betting whilst reviewing the site.

Our aim with this review is to give our readers a 100% independent appraisal of this newly revamped UK licensed online betting site. 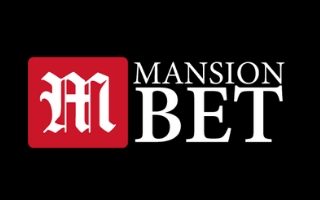 Jump to the specific section by clicking on the link.

How easy was it to claim the bonus?

Can you trust MansionBet?

As part of this MansionBet review, I also want to examine the history of the company and where they are licensed and regulated. MansionBet are registered in Gibraltar and are licensed by the UK Gambling Commission, the have a Remote Opererations Liccence. The about us page at the foot of their opening page has a wealth of information including contact information, security and privacy, terms and conditions, deposit and withdrawal policy, cookie policy, betting rules and responsible gambling. They claim to have been operational for a decade but have recently undergone rebranding which included sponsorship of Bournemouth Football Club.

They have several ways in which customers can get in touch including telephone, e-mail or chat. I tried the chat option and was immediately connected with Martin. I had placed a bet earlier and was offered the price or SP,  so I asked him if I took a price and the SP turned out bigger would I get the bigger price. He immediately replied I would get the bigger price as they operated a guaranteed price policy. Seems strange to me that I was offered SP then!

They have a great selection of betting markets, totally over 30 at time of performing this live test. They have some interesting niche markets like Volleyball, surfing , speedway as well as cover the GAA matches from Ireland. They have a really nice Betting Highlights section which you see instantly after loading up the homepage. This is good for racing fans so you do not have to scroll down the page to find the market that I have most interest in.

Our MansionBet review would not be a real test if we did not look at their odds on offer. Now, this is quite hard to judge as prices fluctuate very quickly so I have taken a moment in time and judged MansionBet against the other bookies on Oddschecker for the July Cup. They didn’t rate as the best price bookie for any horse but did match all the big bookmakers for five of the best priced horses in the race.

Moving from horse racing to cricket MansionBet were slightly behind a couple of their rivals, the betting for the World Cup Final was England MB5/18 Skybet3/10 and New Zealand MB5/2 Sky5/2. So all in all they appear to be slightly behind their rivals in their offerings.

Most if not all in- play betting is offered in all long play games such as Cricket, Soccer, Rugby, Darts and Snooker.

Are there offers available for existing customers?

They seem to offer promotions on the big sports events of the day such a s Wimbledon, Cricket World Cup, etc. These are in the form of 3x£5 bets, a free £5 bet. For horse racing if you have a minimum £5 bet and your horse is beaten by a head or less, you get a free bet up to £25. They also offer an ACCA boost for a minimum of 5 bets which is great for football accumulators. The bonus ranges from 10% for 5 bets to 60% for 15 bets. Regarding the welcome bonus, we covered above in part 1 of this MansionBet review.

Is There Fast Withdrawals?

You can deposit up to £25000 on your MasterCard or Visa debit card and also there is the option of using PayPal or PaySafe. The withdrawal policy is listed on the site but basically says normal banking rules apply, so it takes a couple of days or so to to get your money. This is ridiculous in this day and age of electronic transfers and the banks should move with the times. Also MansionBet states if you are withdrawing a large amount this can take up to 10 days.

Is it easy to navigate on your mobile phone?

I have found the site totally mobile friendly. It’s very easy to navigate and finding racecourses and race times is easy. The list of other sports is also there on the mobile. All bets placed by me were done on the mobile.

Does they offer live streaming?

Welll, I have £30 to play with after depositing via Visa, which includes my £10 bonus. I put a bet on quickly after having a good look round the site and without a lot of thought put 50p ew on  Aplomb at the Newmarket July meeting, he finished sixth so not the best of starts. Then I thought I would try a multiple bet and had a 20p ew Lucky Fifteen. The selections were Tulfarris, Daahyeh, Outbox and Qabala, all at Newmarket’s Friday meeting. Unfortunately only Daahyeh was placed giving me the wonderful return of 26p. So down to £23-26p after the first two days, let’s hope for better luck on Saturday.

A very busy day on the racing front, I’ve studied the daily papers, watched the Morning Line and now my head is so full of tips I’m confused. I had £2ew on Maxi Boy, Dettori’s mount in the 2.55 at Newmarket. He was placed at 7/1, return of £4-80. Then I had a 50p ew Patent on Pricewise’s tips, Year OfThe Tiger, Vale Of Kent and Fairyland.

A winner and a placed horse returned £10.30. I had also backed my own choices in a 20p ew Lucky Fifteen Eeh Bah Gum, lost. Stylehunter, lost. Advertise, placed. Spanish City, 4th, lost. (William Hill paid 5 places in this race, MansionBet paid only 3) a return of 32p. So after a busy days racing my pot was down to £21-68, a loss of just over £8, it would have been a little less if they had paid out on Spanish City.

So I decided to use their Chat service on Sunday morning and got through to Ivan, I explained my problem to him and said the Tote paid on Spanish City. At first he said he couldn’t see where I had put a bet on the horse. I said look in the Lucky Fifteen, he then found it and said he would have to speak to the traders.

He came back after 20mins and said they would pay me out, so instead of 32p I got £1-68, happy days. I asked was this an error or where they just paying me because I complained, he said it was missed because it was embedded in a Lucky Fifteen, I am not convinced, anyway they sorted the problem. Pot is up to £23-04 so I will now study the jumpers at Stratford this afternoon.

Tried three jumpers in a £1 Patent What Will Be, Black Anthem and Robin Des People. Two winners and a loser returned £11-26 so at the end of this weekend the pot stands at £27-30. So £2.70 down after all the bets this week some of which is in credits and unable to to withdraw, I will play it all out in the future.

Does our reviewer recommend this betting site?

I’m afraid I can’t give MansionBet a high rating.

They gave me my bonus straight away but of course there are rules before you can withdraw it. The site is really easy to navigate especially for the new punter to get his head round. They also  dealt with not paying me out for Spanish City reasonably quickly but that problem should have never happened in the first place. Where they really fall down is the prices they offer compared to the major outfits.

I looked at their Casino sites and they seem to concentrate on slots. They also had roulette and blackjack but no poker, which is a major letdown these days. They do offer bets on practically any sport you care to mention from darts to water polo but I did not check their odds on those, I just feel if they are not competitive with the major companies on horses they will not be competitive on other sports, hence the score.

Overall it is not a site I will use again. I would not stop anyone from giving them a go but personally, I will not be returning.